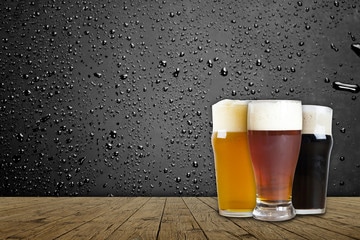 ​ Beer in the Modern World
The position of beer in the modern world is undergoing dramatic changes in terms of consumption patterns, supplier consolidation, and market fragmentation.  Consumption patterns are changing for a variety of reasons including health education in the developed world, global marketing initiatives made possible by the internet age, and the changing preferences among young consumers.  As the world grows smaller in the advertising world, the beer industry heavyweights are aggressively purchasing their smaller competitors and consolidating their enterprises on an unprecedented scale, causing massive disruption in the marketplace.  Concurrent with the supplier consolidation is a craft beer phenomenon that is fragmenting the market and offering consumers in highly evolved, mature markets a wide variety of choices at checkout. 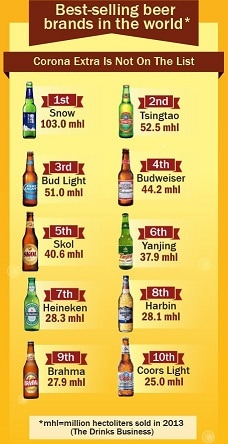 ​Beer Innovations
After centuries with very little change in the way that beer was made and presented to the public, things began to change in the middle of the twentieth century.  There began to be a move to eat healthier and soon after, to drink in moderation.  Beer manufacturers were among the first to react to this movement by introducing light beers, at first with fewer calories and then subsequently, with lower alcohol content as well.  After a few fits and starts by beer producers trying unsuccessfully to market ‘diet beer’ to men, Lite Beer from Miller Brewing Company was one of the first such successful lower calorie beers.  Their 1973 marketing campaign “Tastes Great/Less Filling”[1], used professional football players and macho celebrities to sell the idea of a beer with fewer calories, and even went so far as to suggest that you could then drink more of it.  There was a great proliferation of successfully marketed light beers after Miller Lite, including the Anheuser-Busch offering Bud Light, which was based on its popular Budweiser brand, but became more popular than its namesake and is today the most popular light beer in the world.  It also ranks third of all beers worldwide behind Chinese beers Snow and TsingTao.  Bud Light has 1/3 less calories and 1/3 less carbohydrates than Budweiser[2].
https://www.youtube.com/watch?v=argdPEmD9bI. 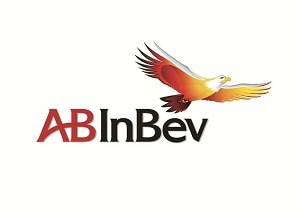 Supplier Consolidation
Supplier consolidation has been the norm in the industry since 1950 due to economies of scale and the advertising age as the larger manufacturers benefited from larger advertising budgets to drown out the message of their smaller competitors.  In the United States, for example, the top ten American beer producers in 1950 represented only 38% of the total U.S. barrelage.  By 1980, the top ten American brewers had garnered a staggering 93% U.S. market share[3].  The global situation is similar.  The top five global breweries are huge and growing dramatically.  Anheuser-Busch InBev (AB InBev), based in Belgium, is now the world’s leading brewer with 18.1% of the world’s beer production[4].  AB InBev is the amalgamation of several companies, and encompasses over 200 beer brands including Beck’s, Skol, Budweiser, Bud Light and Alexander Keith’s.  SAB Miller (London, UK) with a 9.7% share, Heineken (Belgium) at 8.8%, Carlsberg (Denmark) at 6.2%, and CR Snow (China) at 5.4% round out the top five, together encompassing 48.2% of the world’s total beer production.
Beer Consumption: Levels and Patterns
As the number of major conglomerates shrinks, worldwide beer consumption continues to show overall  growth which is good news indeed for manufacturers.  According to ResearchandMarkets.com, “the Global Beer Trade Amounted to $12,850 Million US in 2015 with an Annual Increase of 2.8% from 2007 to 2015”[5] which would suggest reasonable growth, however the target markets are changing which is keeping the industry challenging to navigate.  Consumption patterns are changing as well.

​Although beer remains more popular than wine worldwide (about two bottles of beer for every glass of wine) beer usage per capita is falling in the developed world (traditional markets) as young people particularly are favouring other alcoholic beverages such as wine and flavoured whiskeys over traditional beers.  In 1992, twenty percent more Americans drank beer than wine.  By 2012, that gap had narrowed to only 1 percent.  American brewers are trying to find new marketing strategies to reverse that trend, particularly by attracting those youth who are experimenting with whiskeys and wine, but are also looking to the developing world to attract new consumers. 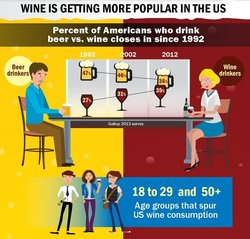 ​A more recent 2016 Gallup study points out that the overall gap between beer and wine has actually slightly increased since 2016.  Unfortunately, both beer and wine have lost a point to liquor; and among women, beer still trails wine fairly significantly.  ​​And the news gets worse for the future.  Forbes reports that “in the important 18-29 year-old age group, preference for beer has dropped from 71% to 41% over the past 20 years. This implies that while almost three-quarters of younger people were enthusiastic about beer 20 years ago — less than half feel that way now”[7]. 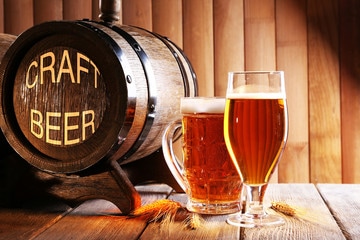 The Craft Beer Phenomenon
Another challenge to the large beer manufacturers is the craft beer phenomenon that is sweeping the industry.  Large beer producers are reacting to the rise of craft beer popularity with a mixture of concern about fragmentation and excitement about the potential for their own growth through       diffused marketing or acquisition, if necessary.  In Canada, the increase of craft breweries, predominantly in Ontario and Quebec, doubled the total number of brewers in the country within the five year period from 2010 to 2015[8].  And there is no end in sight, particularly since consumers seem willing to pay a little extra for their craft beer.  Beer Canada, a brewery trade organization, notes that retail prices for beer increased 4.9% from 2014 to 2015, while spirits saw only a 0.9% increase and wine was almost flat at 0.6% up.  Normally a price increase is welcome news for the established producers, but not if the profit is going to the upstart mom-and-pop breweries and fragmenting the market.
Future Innovation
Although the popularity of craft beers is still in the early stages in Japan, one of their largest manufacturers, the Japanese firm Kirin Holdings Company Ltd., recently pointed to craft beers in its 2015 Annual Statement as a potential area for growth and they are preparing to meet increasing demands for the niche product.  Kirin’s research suggested that craft beers are more popular with consumers because of four main factors: 1) Drink Less/Drink Better: Consumers want to drink a reduced amount of beer they consider to be high quality; 2) Seek Variety: Consumers want to enjoy beer with abundant varieties and diverse flavors; 3) Local: Key trends include local production for local consumption and local community orientation; and 4) Artisan: Trends include a culture of craftsmanship not limited to existing rules and a do-it-yourself spirit[9].  Craft beers only accounted for 1 % of Japanese sales in 2015, compared to about 11% in North America over the same period, but Kirin is developing two craft beer brands and forging strategic alliances with others in order to be prepared.
Kirin appears to be quite forward thinking with regard to other market trends as well.  They’ve purchased a controlling interest in the Myanmar Brewery in Southeast Asia where beer sales are still increasing dramatically year over year (38% from 2012 to 2014)[10].  Kirin is also targeting young women with the launch of their new product Kirin Nodogoshi All Light which is the world’s first beer-flavoured alcoholic beverage with zero carbohydrates and zero purines.
​The Challenges Ahead
North American brewery conglomerates will need to be innovative and strategic if they are to be prepared to face the challenges posed by the future.  On the near horizon, they face challenges from disaffected youth who prefer stronger liquors, a society growing less tolerant of unhealthy choices, a movement away from quantity in favour of quality (a market space they don’t own or even occupy in the minds of many), and the fragmentation of their market by small, nimble local brewers who can also offer an product based experience in some cases.  A challenge indeed.